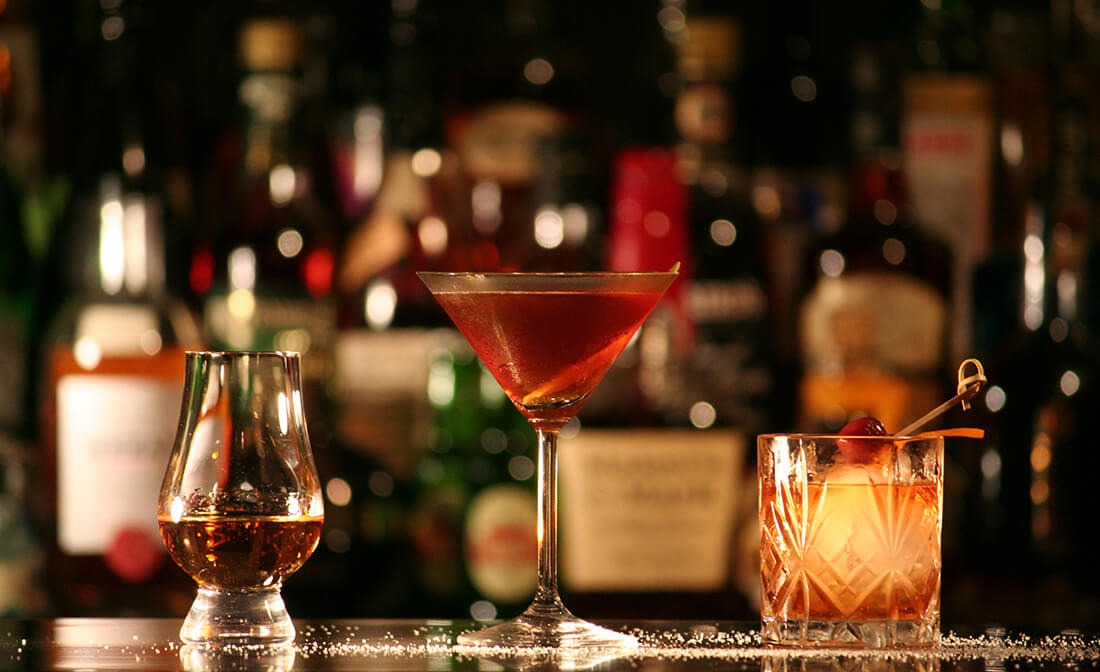 In today’s drinks revolution, the power is definitely with the cocktail bartender.

Whether rocking a mobile bar or a favourite cocktail bar venue with displays of eye-popping, flair bar technique.

But keeping on top of your bar catering game, season to season, is multi-faceted. You really have to know how to keep the customer satisfied…

Did you know… that the demand for bartenders is set to be on a 2 per cent upward curve, at least, over the next five to ten years, especially in “full-service” restaurants – with a projected even bigger rise of 7 per cent.

Mixer icons always under the fingertips

The art of the moving bar is, of course, much more than moving with the latest fruit, herb or spirit mixer trends.

You also have to be up to the minute with classic cocktails that are never too far away from everybody’s lips. So while flavoured gins and low-abv spirits have been skyrocketing in the last couple of years, the wise cocktail bartender has those mixer icons of uber chic, bar catering taste always under their fingertips.

At the start of 2019, respected global journal, Drinks International, published the results of a poll which asked bartenders from more than 125 of the best bars on the planet to rank their top selling cocktail classics.

Old Fashioned: American Whisky indisputably claims the poll top spot with nearly a third (30 per cent) of bartenders saying it was their “number one selling classic cocktail”. Made with Bourbon or Rye whiskey, Bitters and plain sugar, it’s traditionally served in a short, round glass tumbler, also called “Old Fashioned” .

Daiquiri: Highlighted as the “most ordered rum cocktail” in the poll, with almost half (48 per cent) of bartenders putting this ‘smokin’ Cuban classic in their top 10.

Margarita: From the Greek name for “pearl”, a tequila classic with still a gleaming lustre. Almost a third (31 per cent) of bars included in their top ten despite only 7 per cent placing in their top three.

Manhattan: Legend has it that this iconic cocktail – made with whisky, sweet vermouth and bitters – was invented in the 1860s by a bartender at a bar on Broadway, US, while another popular myth says it originated at the Manhattan Club in New York City in the early 1870s. Placed in the top ten by nearly 40 per cent of bartenders,

Negroni: Arguably the ultimate Italian cocktail, said to have started when a bartender replaced soda water with gin when one Count Camillio Negroni asked for a stronger Americano. The poll shows that one in five (19 per cent) of bars say it is their number one classic.

Whether classic cocktails or flair bar catering
Alchemy will transform your event to pure drinks gold!
Click here to check out our open bar packages.